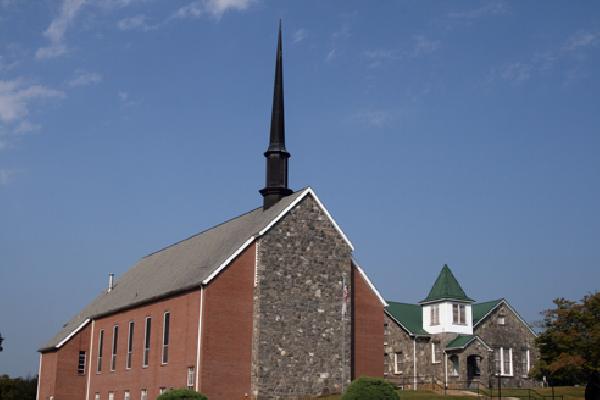 The first record of Enon Baptist Church is dated Saturday January 9, 1864. It reads “Pursuant to a call from several brothers and sisters previously dismissed from Little River Baptist Church, a Presbytery convened at the Clayton School House to consider the propriety of recognizing themselves as a church.” Being considered by the Presbytery sound in doctrine and consistent in practice, they were recognized as a Baptist church. J. B. Marsh was unanimously elected pastor.  On July 16, 1864, the minutes state that a building committee was appointed “to select a place and procure a title for a situation for the church.”

In the early 1880’s a second church was built. It had a large sanctuary on the second floor that could seat about 400.  This building was used for worship on Sunday and as a school during the week.  The church bell in the belfry of the current fellowship hall was first used in this building. The inscription on the bell reads “donated to Enon High School and Enon Church in 1886 by E. B. Clayton”.

In 1921, Enon and Pisgah Forest churches formed a field and called Reverend E.G. Ledford as pastor. At that time a church ‘was being constructed as funds were available.’ On Christmas Day, 1921, the church was dedicated.

then 'Add to Home Screen'